From Little Rock, Arkansas, Dr. Charles Fuller has been a part of the leadership team of The CenturyMen since 2003. He brings to his role as Music Director and Conductor of The CenturyMen over 30 years as a choral conductor, university administrator, and church musician. Dr. Fuller holds the BME degree in choral music from Baylor University, the MM degree in choral conducting from West Texas State University and the Doctor of Musical Arts degree in choral music from Arizona State University. His teaching positions include Director of Choral Activities at East Texas Baptist University and Professor of Music, Director of Choral Activities, and Dean of the School of Fine Arts at Ouachita Baptist University in Arkadelphia, Arkansas.

His mentors include Hugh Sanders, Douglas McEwen, and Euell Porter as well as significant workshop experiences with Robert Shaw, Howard Swann, and Frauke Hausemann. He has conducted and led workshops in 18 states, Canada, Mexico, France, Germany, Austria, and China. His choirs have been invited to sing for the American Choral Directors Association, Alleluia Church Music Conference, American Guild of Organists, and the White House. He has served on working groups and boards for the International Federation for Choral Music, American Choral Directors Association, Texas Choral Directors Association, the MUSICA Project, and was a founding board member of ChoralNet, Inc. In addition he has served 16 churches from Arkansas to Arizona as part-time and/ or interim minister of music. He formerly served as a member of the editorial board of Alliance Music Publications, Inc. in Houston, Texas, the publisher of some of his edited choral publications.

Dr. Charles Fuller’s writing for choral musicians has focused on the power of choral music in service of shared community. He also promotes in his teaching and conducting the use of excellence not as an end in itself, but as a tool for enhancing community, building character, and strengthening faith development. Choral music is for him a tool he has used to touch the lives of hundreds of people in his classrooms and rehearsal halls in churches and schools across the South and Southwest.

Joseph Joubert is known for his unique and outstanding musical versatility. Born in Harlem, NY, he is the son of a Baptist minister from Louisiana. Mr. Joubert holds degrees in music from Manhattan School of Music, and he is based in New York City. He has appeared throughout the United States, Europe, India, and South Africa in classical, gospel, and pop music concerts as a solo pianist with major orchestras. He has collaborated as accompanist/arranger with diverse artists such as Kathleen Battle, George Benson, Angela Brown, Judy Collins, Jennifer Holliday, Whitney Houston, Patti Labelle, Diana Ross, Ashford and Simpson, and The Broadway Inspirational Voices (conducted by Michael McElroy). Working with the artists Fantasia, Chaka Khan, and Bebe Winans, Mr. Joubert was pianist, associate conductor, and arranger for the Broadway musical The Color Purple. GIA Publications, Hinshaw Music, Hal Leonard Publishing Company, Shawnee Press, and Silver Burdett Ginn are among the publishers of Mr. Joubert’s music. He was composer/arranger/producer for the school music series Making Music. He is the musical supervisor/arranger for the concert tours and PBS specials of Three Mo’ Tenors: and Three Mo’ Divas. Other Broadway credits include keyboardist and assistant conductor of the Tony winning Broadway show Billy Elliot; co-orchestrator for Alan Menken’s Leap of Faith; and associate conductor for Nice Work If You Can Get It, featuring the music of George Gershwin and starring Mathew Broderick; Currently the Music Director/Conductor for Motown The Musical. Joseph Joubert’s first solo CD Total Praise-Classic Hymns for Piano is released by GIA Publications 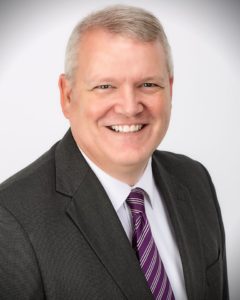 Dr. Gary Gerber is Dean of the School of Fine Arts, Chair of the Division of Music, Director of Choral Activities and professor of music at Ouachita Baptist University in Arkadelphia, Arkansas.  He directs Ouachita Singers and Concert Choir, and teaches various conducting and choral methods classes.  A native of Azle, Texas, Dr. Gerber holds a bachelor of music degree from Tarleton State University in Stephenville, Texas.  He received two degrees from Southwestern Baptist Theological Seminary, a Master of Music degree in choral conducting in 1990 and a Doctor of Musical Arts in choral conducting in 1993.

Ouachita Singers under Dr. Gerber’s direction was selected to sing at the 2011 Arkansas All-State conference and most recently at the Southwestern Division of the American Choral Directors Association convention in March 2014.  He has taken this choir on numerous tours throughout the United States and overseas, most recently to Italy in 2017.

Dr. Gerber served the Southwestern Division of the American Choral Directors Association as Repertoire and Standards Chairs for Colleges and Universities from 2006-2010, and as the coordinator of the Collegiate Honor Choir for the division from 2006-2016.

Before coming to OBU, Dr. Gerber served as Director of Choral Studies at Southwest Baptist University in Bolivar, Missouri from 1996-2004.  He also served as music director and conductor of the Missouri Baptist All-State Youth Choir and the Missouri Music Men, a male chorus of ministers of music from Missouri Baptist churches.  Dr. Gerber was founder and director of the Bolivar Community Chorus, a chorus that sang four to five times a season and regularly joined the choral forces at Southwest Baptist University to present large-scale choral works.

In addition to his academic teaching, Dr. Gerber has served as Minister of Music in several Southern Baptist churches.  Dr. Gerber is active as a clinician both in the public school and church music fields.

Dr. Gerber is married to Linda Gerber, middle school band director in Bryant, Arkansas, and they have two sons, Nathan and Nicholas.

Cindy Fuller holds Bachelor of Music and Bachelor of Music Education degrees from Baylor Univer­sity and a Master of Music degree with a Kodaly emphasis from Sam Houston State University. Although a voice major at Baylor, Cindy studied organ with Joyce Jones and also has a minor in organ from SHSU. For over thirty-five years, Cindy served nu­merous Baptist churches in Texas, Arizona and Arkansas as pianist, organist, and/or children’s choir director. Retired from seventeen years of teaching voice, elementary music methods courses, and ac­companying at Ouachita Baptist University in Arkadelphia, Arkansas, she currently enjoys spending her time visiting with family and friends, reading, and volunteering. Cindy lives in Washington, D. C. with her husband, Charlie.

Renay Peters Joubert exemplifies today’s eclectically experienced vocal musician. She has sung in concert and on recordings with many diverse groups and artists including The Moses Hogan Chorale, The Boy’s Choir of Harlem, Opera Ebony, The New York Ragtime Orchestra, Patti Austin, and Luther Vandross. As a lyric soprano, Ms. Peters has had starring roles in numerous opera productions including Trouble in Tahiti (Leonard Bernstein), La Traviata (Verdi), Don Pasquale (Donizetti), The Impresario (Mozart) and several world premiers of contemporary works. She appeared in the PBS special Aida’s Brothers & Sisters: Black Voices in Opera. Ms. Peters has sung before such notables as President Bill Clinton, Archbishop Desmond Tutu, and the Archbishop of Canterbury. She first appeared as guest soloist with The CenturyMen on their concert tour of Brazil in 1999 and has participated in each of their tours since. A graduate of Manhattan School of Music, she is the wife of Joseph Joubert.